It looks like you are currently located in the United States.

I am a resident
of Canada

I am a resident
of the U.S.

The content of this site is intended for U.S. residents. Please note that Nicola Wealth investment funds are generally not offered to U.S. residents at the present time. As such, the contents of this website should not be construed as an offer of any of Nicola Wealth’s investment funds to U.S. residents. Any information, statement or opinion set forth herein is general in nature, is not directed to or based on the financial situation or needs of any particular investor, and does not constitute, and should not be construed as, investment advice, forecast of future events, a guarantee of future results, or a recommendation with respect to any particular security or investment strategy or type of retirement account. Investors seeking financial advice regarding the appropriateness of investing in any securities or investment strategies should consult their financial professional.

Are you an accredited U.S. investor?

Som Seif is the Founder and Chief Executive Officer of Purpose, which he formed following the sale of Claymore Investments to BlackRock Inc. in March 2012. He is also the Co-Founder of WealthSimple Technologies Inc. Prior to Claymore Investments, Som was an investment banker with RBC Capital Markets. He has a strong commitment to community and is currently a member of the AGO Foundation Board, Next Canada Board, and the University of Torontos Pre-Campaign Committee, as well as its Mechanical and Industrial Engineering Advisory Committee.

Will the Fed take a little recession to deal with inflation? 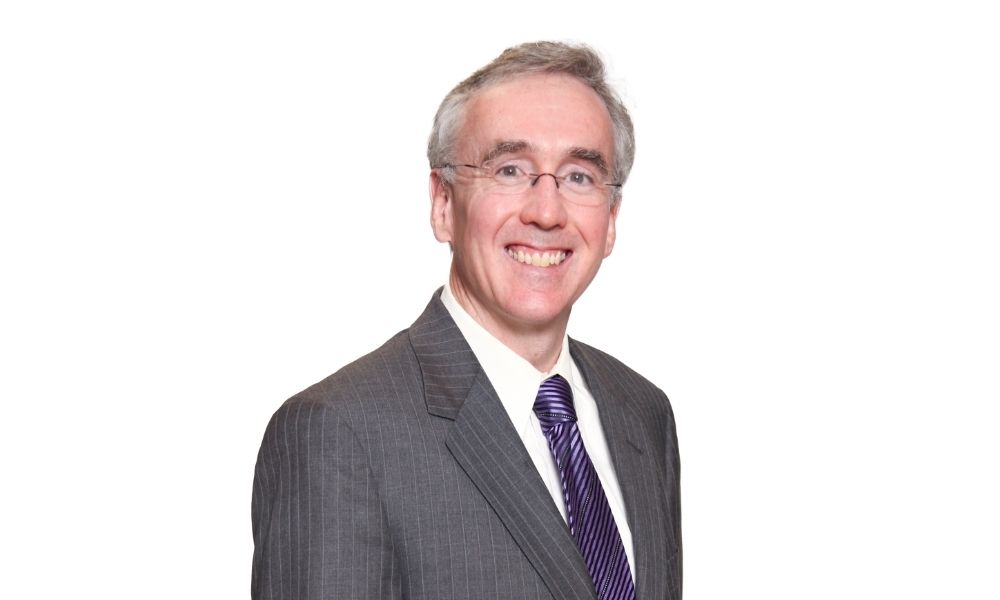 Advisors shouldn’t reach for returns, even when liquidity in the market is being reduced, said one chief investment officer who has been watching advisors’ reactions in this volatile quarter while also keeping an eye on the Federal Reserve and overall state of the economy.

“Set your risk for the portfolio to a level that you’re comfortable with, and accept the return that the market is going to give you. I think reaching for yield and reaching for returns is a mistake, especially in this market. It’s playing higher growth, higher return products, and this environment is going to be under more pressure.

“I think one of the things we recognize is that the market was very much a liquidity-driven market and liquidity is being reduced. You’re seeing that across the board: companies with no earnings, higher growth rates, more speculative. That’s what is going to be under more pressure in this kind of market.”

Watching the publicly-traded asset at Nicola Wealth, Edel noted there are questions about how much higher interest rate can go.

“I see interest rates at historical lows, and you can certainly have an argument that they need to move higher. Given the amount of debt that we have, I would say the interest rate sensitivity of the economy is quite high, so I think it’ll be interesting to see how that plays out,” he said. “Whether we actually see that amount of tightening because a rising rate environment is hard for investors and there’s not a lot of places to go to hide, though there are asset classes and sectors that do better in an inflationary environment.”

Edel noted that energy, banking, and financials tend to do well in a rising rate environment, though that hasn’t played out as well since people are worried about the economy. There’s been a move to cyclicals. Now, he expects there will be a move to defensive needs because people are anticipating a recession or an economic slowdown.

“I think that the real concern would be if you get both of those outcomes where you have a stagflatinary environment,” he said. “From an investing point of view, that becomes a very, very tough environment to invest in.”

While Edel said he always fights being too bearish, he believes there’s still a lot of strength in the economy, but we’re still in for a correction, though it’s hard to tell when, and how quickly, that could happen. He noted unemployment is at record lows and there is a lot of demand for workers, which is a negative from an inflation point of view but good from an economic point of view. The consumer and banking systems are healthy, and corporations have record profit margins.

He is concerned about the bear market, but also policy and where the central banks will go as they want to tighten financial conditions. Interest rates impact financial conditions and 10-year bond yields have tightened, which is helping credit spreads, though he said they still need to widen. While there’s been some of that, he said there’s still more that can be done.

“The question is if you start to get these factors playing out, will the Federal Reserve pull back?” he asked. “In other words, are they posturing and trying to use moral suasion by talking a big game and hoping that the market and interest rates do their job for them versus them having to use the only level lever they really have, which is increasing short-term interest rates?

“I get the sense that, if you take Jerome Powell at his word, he will take a little bit of a recession in order to ensure that inflation is dealt with. That would be the correct thing to do because, if they stopped too early, if the market reacts and they still haven’t got inflation to the level where they need to go, but they ease off, that may help the market in the short-term, but present a much larger problem down the road.”

Will the Fed take a little recession to deal with inflation?

Navigating the Retirement Journey From the Go-Go Years to No...

View the original version online. Clearly articulating your gifting and estate-planning goals may improve your retirement journey Author of the article: Ethan Astaneh,  Special to […]

Switching Firms Can Be Risky, but Also Rewarding

Five smart ways to transfer wealth to your children, grandch...

View the original version online. By: Renée Sylvestre-Williams The idea that wealthy parents or grandparents leave money to their kids or grandkids in their will […]